In 2020, we are celebrating the 10th edition of the UNAM International Film Festival (FICUNAM). The centerpiece of this year’s festival is a Chantal Akerman retrospective, and the MUAC will participate by displaying the installation From the Other Side, Fragment.

From the Other Side, Fragment (2003) is a simplified version of the video installation conceived for Documenta 11 in Kassel one year earlier. The jumping-off point was the documentary From the Other Side, which was shot to be seen in movie theaters. Akerman filmed it in the border towns of Agua Prieta, Sonora and Douglas, Arizona. While these towns are geographically very close to each other, nationalist mythology has widened the distance between the two. During the Clinton administration, a several-kilometer-long wall was built between the two towns, forcing undocumented immigrants to cross over through the desert. For Arizona residents, immigrants are seen as a threat to be fought. On the Sonora side, people talk of disappearances and absences. The documentary also includes archival footage of Border Patrol agents hunting down Mexicans with infrared equipment. The agency was proud to share this material with the filmmaker.

The first part of this video installation consists of a monitor showing the final sequence of the documentary: images of the Border Patrol and a tracking shot of the highway on the way to Los Angeles, while Akerman, offscreen, tells the story of a missing Mexican immigrant.

The second part is a record of the action that the filmmaker performed for Documenta 11, which consisted of screening the end of the documentary at night on a giant outdoor screen situated between two mountains on either side of the border, in the very place where the film was shot. The images fade and disappear with the break of dawn. Through this gesture, the filmmaker spoke for those absent, those who can no longer be invoked except through words, thoughts and memories.

It is not a minor paradox that a filmmaker and visual artist would provoke the disappearance of images, but Akerman has thus brilliantly captured the essence of the border conflict, which revolves around those whom we do not wish to see, as we find them undesirable, and those we can no longer see, because they’re no longer here.

Exhibition coproduced by FICUNAM and MUAC

Produce and supervise the building of a exhibition 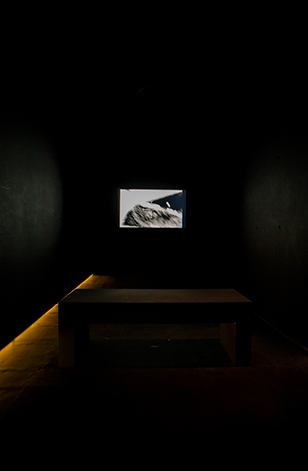 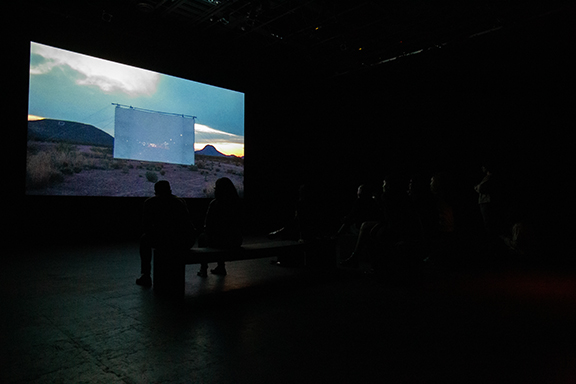 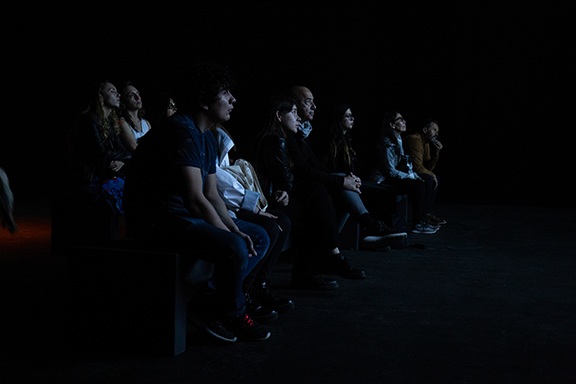 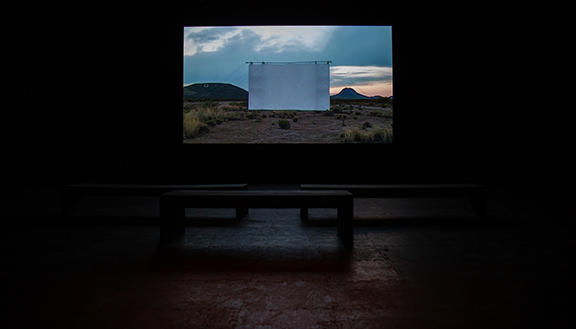